“To live a life of competing with others is as futile as encouraging a snail to join a race competition” -G. D. Damabel.

Someone said to make a guy loose interest in you within 5 minutes with 5 words just tell him “Let Us Just Be Friends”.

I hear this this slogan everyday in life conversation and in most chats. It seems to be youth’s most annoying and frequent word. Sometimes it’s hard to say yes or no and one is left with no choice than to say let’s just be friends as a neutral alternative. 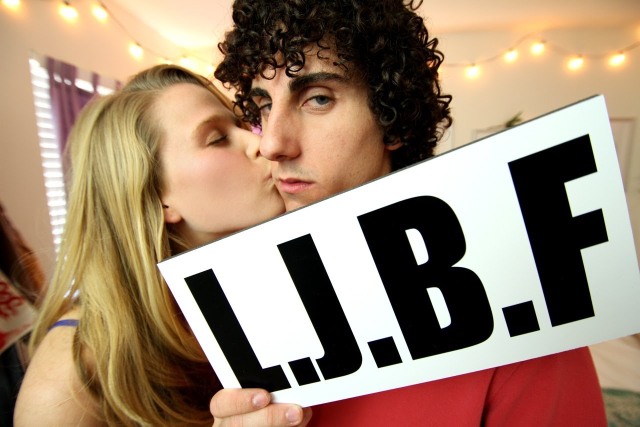 My findings was mind blowing about this interesting slogan “Let’s Just Be friends”.  Most ladies and guys find the word he is like a brother, sister, father, mother to me very annoying but I love it and I won’t say why. A guy said nothing kills morale than the annoying let’s just be friends slogan, is like cutting short all expectations.

There is indeed a big difference between let’s just be friends and the interesting give me more time, the old school I will think about it and the hallelujah I will pray about it.

I can never be friend zoned.. but when I do I get benefit –Unknown.

What does it mean, when a girl/guy you thought all was set suddenly turns to you and say let’s just be friends.

#1 POLITE WAY OF SAYING NO

Most ladies believes that saying no to a guy is rude especially if he had been kind and loving , the only way of not been rude is to say let’s just be friends which is a suitable alternative to no.
Guys on the other end also believes same and even more. Majority of girls cannot afford rejection so saying no may affect her self esteem and she may automatically see you as her enemy of progress.
Therefore saying you are awesome and I still want us to be good friend is a good, civilised and acceptable way of saying the forbidden NO word.

#2 I AM AFRAID OF COMMITMENT

Let’s forget the commitment and keep the benefit..#friendsWithBenefit.

“If a man or woman can get all the benefits of been in a relationship with you then what is the point saying yes“. Without crying out loud what else will someone say yes to again when half bread is almost as good as the full bread.

For some people who are experiencing dosage of love from you and others saying yes to you is like forsaken all the benefits they’ll be getting from others.
Most people want to be loved and cared for but do not want to be committed as they believe such might cut out there chances with others or tie them down when they still got time and the world to explore.

#3 THEY ARE UNCERTAIN OF THEIR PLANS

Most people have no plan(s) for their life, they are waiting for a loud voice like the sound of many waters or a prophetic utterance of what to do forgetting that what we are to do is that which is before us. Everything a man seeks for in life is filtered into three (my relationship, my ambition and my purpose). Which comes before which is a subject of exposure, orientation and audacity. So when someone is uncertain of the plan for his or her life, that person is likely to be uncertain about making a decision to be with you also.

A lady who had watched so many romantic Disney fantasy movies have an illusion of love. So do not take it personal because she is expecting prince charming cloth and adorn in gold, when he comes, the rain will fall yet he won’t be wet, the sun only makes him glow, winter becomes spring at his appearing, he will safe you from all your fears and give you a succour and an eternal embrace.
Men also have their own illusion about the ancient missing rib in Genesis but I beg your pardon not to talk about it today.
Well it’s good to have expectations but also remember that ten years down the line if you both finally tie the knot good looks, swags and bunch of butterflies in someone’s stomach will not pay the bills and children school fees.

#5 MESSAGE FROM PAST RELATIONSHIP

A girl who had experienced a bad relationship in the past will more often than not have let’s just be friends as a slogan for sometime. Is not that she doesn’t want you is just that she needs more time to be certain or perhaps she is not ready for another cycle of emotional drama.
People often say “what happens in Vegas stays in Vegas” but that depends on what happened. From observation, what happens in Vegas can follow you to Los Angeles and even as far as Lagos. Take heed and be cautious and don’t define your life by what happened yesterday but define your today with the optimism of a brighter future.

Continue reading part B of let’s just be friends( The five other meaning).
Do Share your views in the comment box and participate in the polls.