I can never be friend zoned.. but when I do I get benefit –Unknown.

Someone said to make a guy loose interest in you within 5 minutes with 5 words just tell him “Let Us Just Be Friends”. What does it mean, when a girl/guy you thought all was set suddenly turns to you and say let’s just be friends.

#6 I DON’T TRUST YOU THAT MUCH
Let’s Just Be friends is a way of getting to know the person first and if all things being not equal you can walk away quietly without the annoying my X tag.
It’s a way of saying I am satisfied with how we are now and I am not ready to step up our game. A girl may not feel comfortable to tell you that she doesn’t trust you, the easiest way to say I don’t trust you that much to be in a relationship with you is to say let’s just be friends.
Trust is earned and if he/she suspects fowl play, not comfortable or fully persuaded by your antics, background, religious or cultural orientation then we should be expecting the lovers nightmare slogan let’s just be friends.

#7 I AM NOT FEELING YOU
If he/she is not feeling it and you’ve been kind and caring, saying let’s just be friends than the forbidden NO word is more likely. There is something a guy looks out for in a woman, it could be physical feature, character or perhaps some spiritual or romantic fluency. Indeed if you do not have an appreciable combination of these things you are set for the let’s just friends slogan.

#8 LET’S OTHERS DECIDE FOR ME
Most people cannot make life decisions by themselves. This is because through out their lives either their parents, guardian or peers have been making decisions for them. So making relationship decision is not an exception. They are immature and scared and this cannot be changed overnight. A girl or guy that depends sorely on others for guardian and direction will definitely have the let’s just be friends slogan as an excuse.

#9 I CAN’T SAY YES (THE FEAR FACTOR)
Certain religious believe sees he is my boyfriend or girlfriend as a forbidden word and should not be mentioned or heard. So someone who was raised in this kind of roof will always say let’s just be friends. Some people believes that dating or courtship is a western culture, they holds that if you want to marry bring diary and some ancient items and you are good to go.

#10 SIGN OF EGO
Some people are just too proud to say be my girl. They see themselves as too important and with dozens of girls around them asking a girl out will make her feel too important, so by saying let’s just be friends is by lowering her standard and boasting their own ego. Ladies that feels they are too expensive, beautiful and got all the time in the world do not want any form of control which the YES word may bring, so they often settle for let’s just be friends slogan.

And yet, when real love is staring you in the eyes, when a loving partner stands before you, you may notice a disconcerting urge to withdraw, to put up walls, or even to run. -Sheryl Paul

Fear of heart break and the unknown had made some to postponed the YES WORD.

I tend to agree let’s be friends is a compromise between the scary YES and the forbidden NO word to someone who has been nice to you. I also agree there is a need for let’s be friend slogan if there is a genuine reason after all you can’t say yes to everyone. Most people don’t want to loose out or give in completely so sitting on the fence is the only alternative. Please don’t love me or hate me LET’S JUST BE FRIENDS. 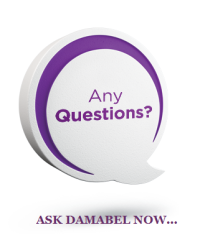